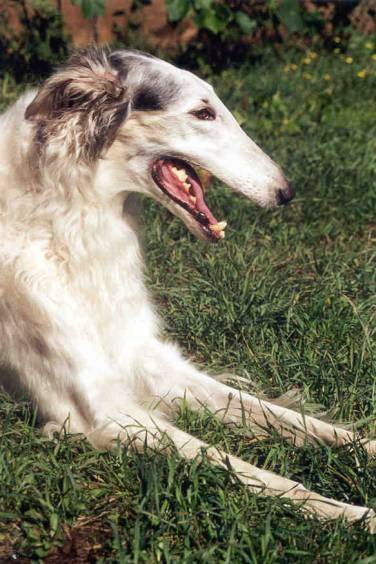 Thor passed away May 23, 2005. He said good-bye in his usual graceful style. He was a true gentleman. All who met him loved him. He will truly be missed.

He taught me how to be a responsible pet owner, and was an ambassador for not only borzoi, but for all dogs. He helped at least 2 children over come fear of dogs, after terrifying attacks by others. He loved going and meeting new friends, and getting reacquainted with old ones.

Thor was certified to be a Delta Pet Activity/Therapy Dog, and visited nursing homes where deemed it necessary to put his head in the lap and any and all who were seated, which meant anyone in a wheel chair or sitting up in bed, at the nurse’s station or the lobby.

Thor was the first love of my life. He came to me when he was nearly 4 yrs old. Within a short few years, he developed arthritis. I tried him on glucosamine supplements, only to watch the suffering get worse. I tried everything people suggested, and still nothing worked. I tormented having to put him down, for he was either drugged or in pain. I was taking Orion and Star to handling classes when I was told about Perna (green-lipped mussel). We tried it, and a miracle was blessed upon us. In 3 days, I had a new dog! I went from literally carrying him up and down steps to him running up and down the steps! The Perna I used is in a product called CF-Plus, obtained through the International Canine Seaman Bank, in Sandy, Oregon. Thank you ICSB I have since seen it marketed at Glyco Flex II. 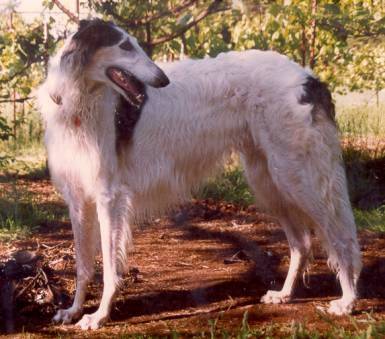 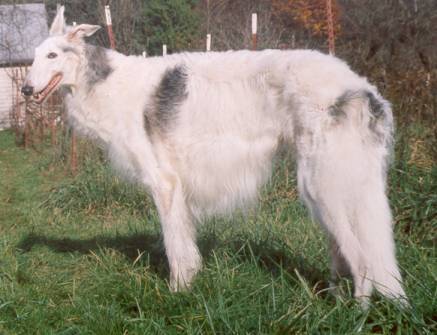