If dogs were judged on personality alone, she would be #1! 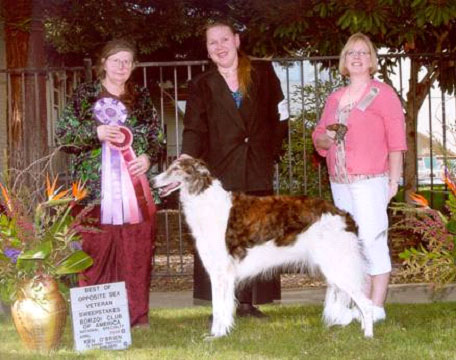 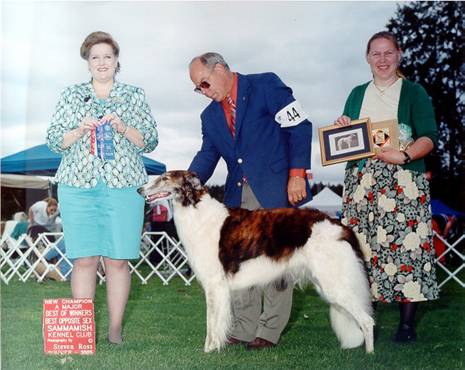 VETERAN SWEEPS BOS Star was so happy to be back in the ring, she made the most of it by using all the ring available to her (I was happy I could keep up!) 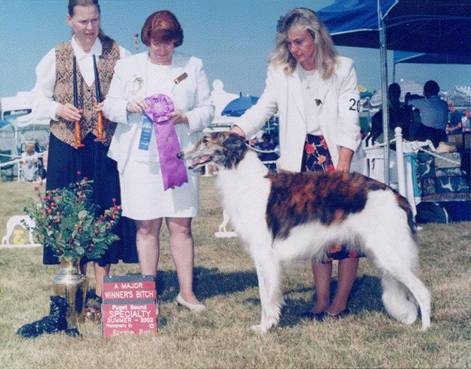 ‘Star’ is an elegant lady who won her first major (her first points, handler co-owner: Michelle Luckey-Rowton) at 2002 PSBC Specialty. She finished with a 4 point major at TSE Sammamish Kennel Club in 2005 (handler: Rick Baggenstos). 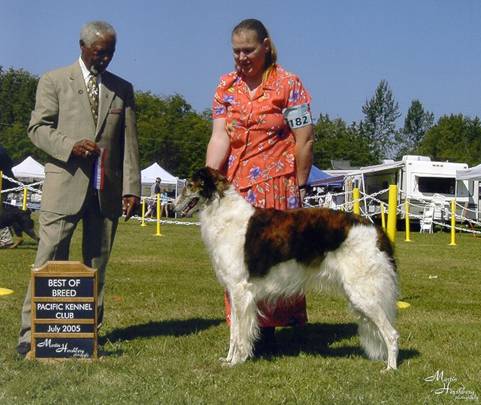 Star finished her Canadian title the winter of 2004 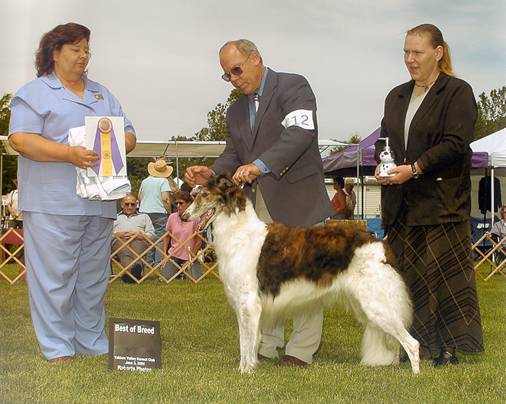 Star’s first AKC Best of Breed was at Yakima 2006, over BOS at Nationals a week prior Star retired to raise her first litter of puppies at the end of 2006, Orion was the sire of her 11 puppies.

Am Can IABCA Ch Kenai's Aldebaran