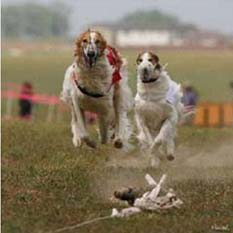 Hobby’s very first show was in Canada, Skaha Kennel Club. He was exactly 6 months the first day of the show. I loaded the mini van with me, mom, Orion, Star, Thor, and Hobson, who wanted to ride the whole way on mom’s lap. We headed north on Thursday, got to the campgrounds, pitched our tent and settled in just before the windstorm! The wind whipped through the valley and collapsed the tent on us twice. Fiberglass poles bounced the tent back up right without damage, except to Hobby’s nerves.Friday, Hobby was still nervous from the windstorm, and was watching for something else to get him. Then Saturday he was so tired from two sleepless nights that he was falling asleep on his feet. I had entered him in the Peach of a Puppy Tournament. Poor baby was so sleepy; so, when he finally did get a chance to sleep, he did. This meant that Sunday he was wired for sound!

I had the joy of moving him around the ring first. From the first step, I knew this was going to be a challenge. He jumped up and had I not had a strong hold on the lead, we would have both gone flying in opposite direction. He’d jumped up and hit my square in the chest with all four feet! Only by pulling back with one hand and bait in front of him with the other did I manage to get him around the ring. I had recruited help to show Star, so while she was I the ring I was trying to tell mom how to move Hobby – she didn’t listen. So, when mom got the “privilege” of showing Hobby, the judge looked at the bouncing puppy, pointed for a down and back while telling mom “Good luck”. I think he managed to go across the ring without putting his front feet on the ground once. His antics in the ring earned him his nickname: Hop-spin 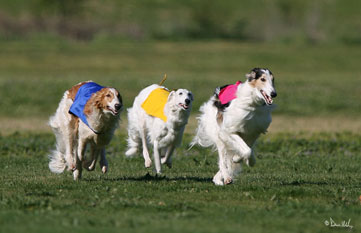 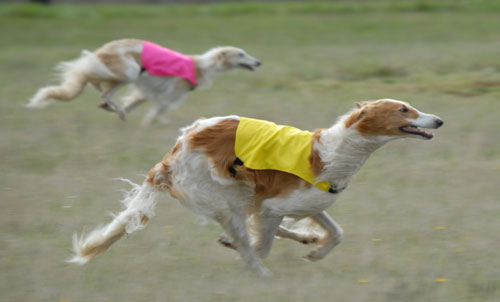 Some fun with Hobson, aka Hobby, Hobbs, Hop-spin 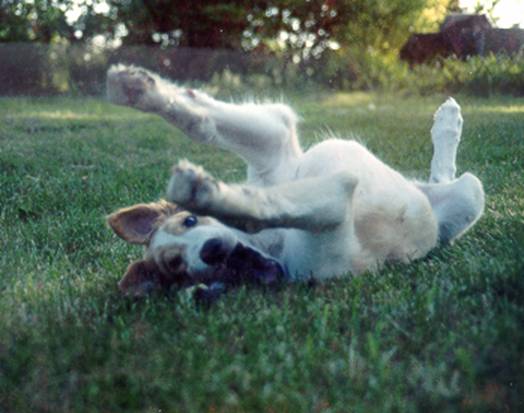 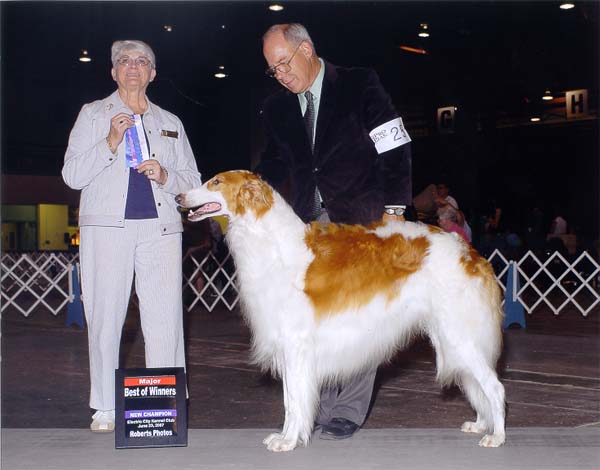 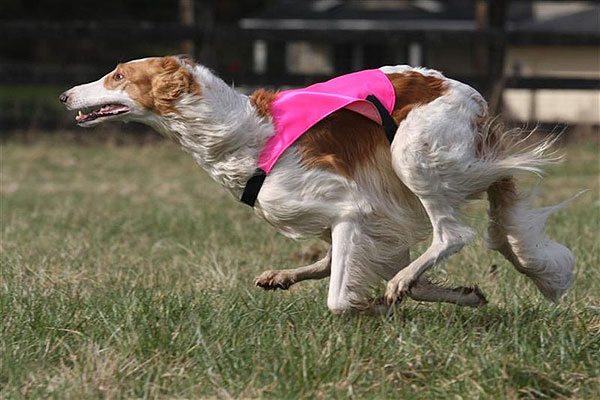 Dog Action Foto Hobson loved to run. Any excuse and he was off. So, I feel a great pride and honor to Hobson’s memory to see Canine Action Foto is using his image on their business banners, and cards. Thank you, Les Korcala. 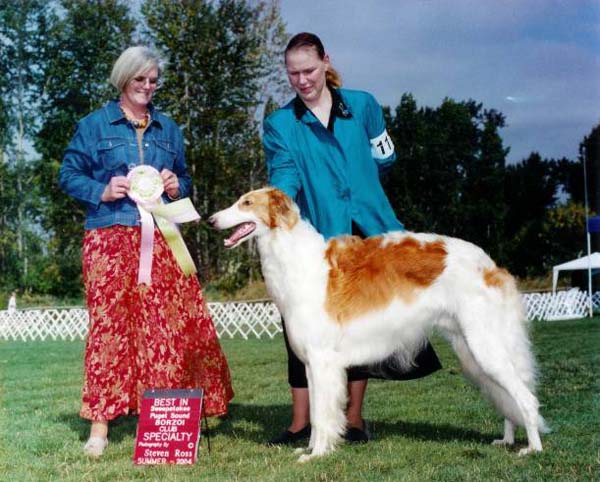 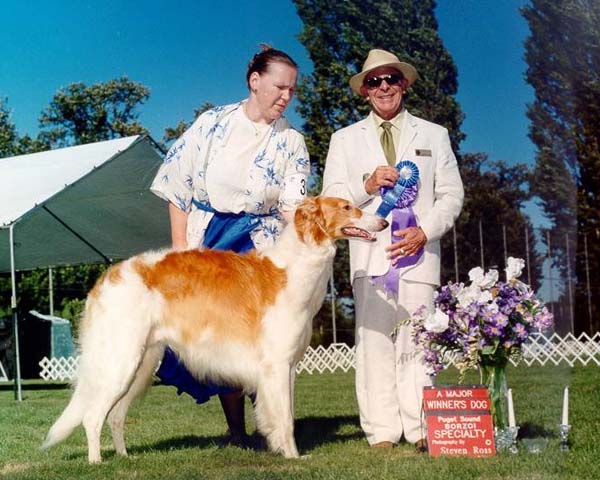